You might go to a bar or visit your local park and see robots with artificial intelligence roam around doing what your friends and neighbors were doing until just yesterday. How would that make you feel? The truth is that robots are becoming more and more prominent in the job markets all over the world. 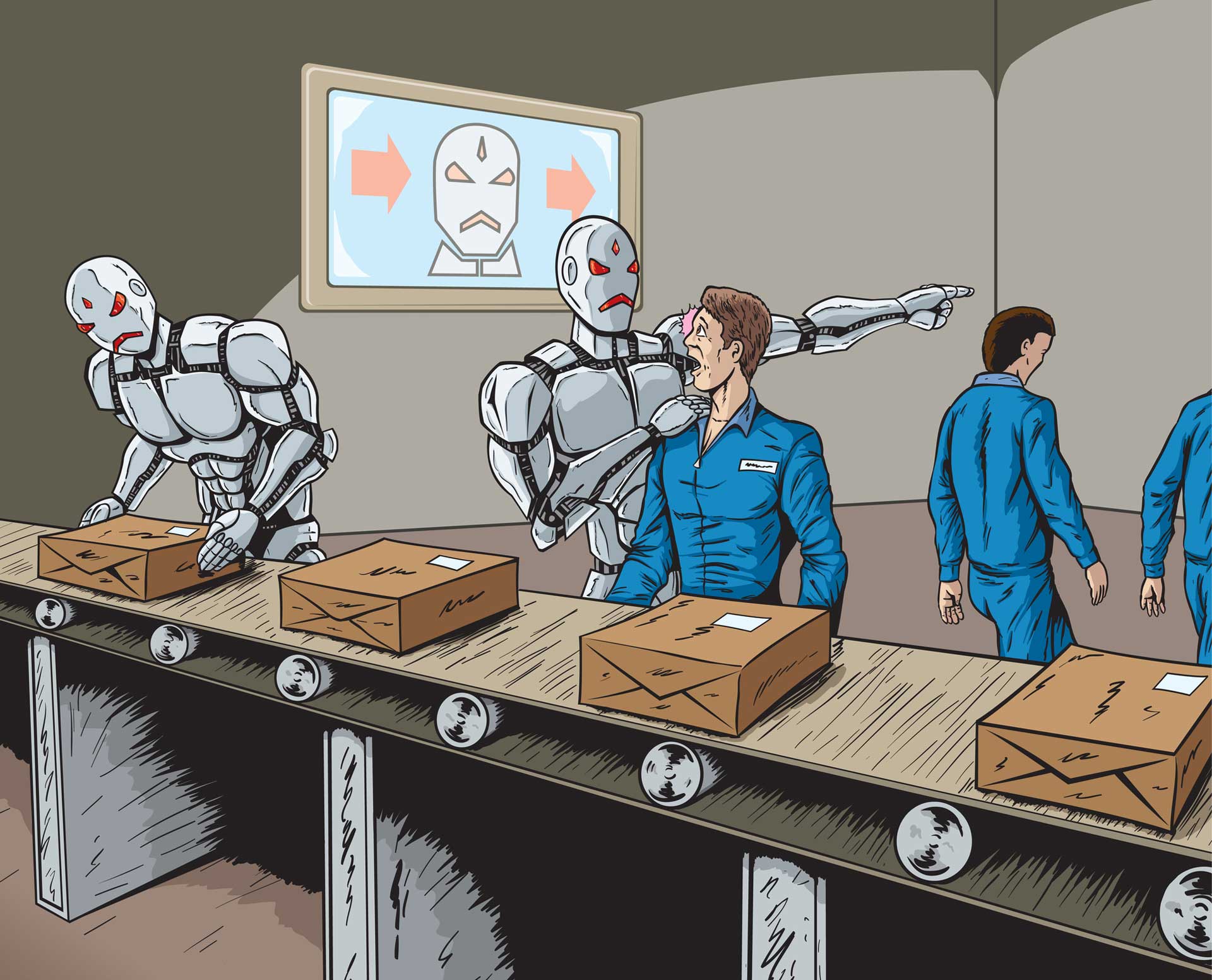 And while they (still) can’t do what creative human beings can do – create – they can surely do many of the tasks that factory workers have done for the past decades. What does that mean for the global economy, job employment and the future of mankind as a whole?

Closer to the Future

Speaking of robots and the advancements in technology, Google has recently obtained a patent to develop robots with actually programmed personalities. This should come as no shock since Google is a major global player in R&D and technology, but one has to wonder. How long until these robots are so advanced that they simply overshadow their human counterparts and make our lives harder rather than easier?

Robot development has been going on for years. Ever since sci-fi novelists like Asimov and filmmakers like Kubrick delved into the realms of the unknown, people have been wondering – how would it really feel to be surrounded by advanced AI that works for you? We can always refer to Asimov’s laws of robotics that state that robots should never harm human beings and always strive to helping them and protecting them.

It’s a noble notion, but is it utopian or dystopian? Asimov hasn’t anticipated however is that we already have scientists who are pushing the boundaries of what robots can do in order to develop cheap labor and workforce that will replace the human. What will happen to us if robots ever become so developed that we become completely obsolete?

The robots that Google is developing will have preprogrammed emotional responses and a robust AI that will only be able to work with what is given to it. It won’t be able to learn passively like a human would, its abilities limited from the get go. Robots are able to lift heavy objects, work tirelessly without a break and put out near-perfect products based on the exact specifications that we give them. But that’s the exact point – they can do what humans tell them they can do. No more, no less.

The idea of a future where humans become a thing of the past is as old as the first industrial machines. We have always wondered what it would be like if the machine suddenly became sentient and took over everything we have been working on.

While we may be far from the day where we contact a freelancer online and be greeted by a robot, their implication might not be completely excluded. Robots could certainly operate servers, customer services and offer support, if not write and edit papers.

However exciting or terrifying this notion may be, it’s very far from the truth. While we can’t know for sure what will happen to Earth in the next 100 years, we can certainly vouch for our own lifetimes. The global economy is as unstable as it ever was, meaning that robots who would work automated jobs would only bring positive changes to our society.

Even if we are scared of such developments and the repercussions they might bring down the line, we will probably not see an AI robot walking around in our lifetimes.

This is because development of such technology and the implementation on a global scale take time, effort and logistical and financial resources that very few world countries can afford at this point.

Together for the Better

What makes the argument irrelevant is the number of university students and college graduates who are actively looking for work and making the world a better place. These young people are visionaries with ideas of changing the world for the better for everyone. As good as a machine can be at the same job the college graduates are doing; it will never be inspired, dream of a new idea or have a “Eureka!” moment.

Robots are just that, robots. What further drives the argument in the favor of humans is the fact that robots will have to be manufactured, programmed and kept up-to-date. Who will do that exactly? If or when the active development of robotic sentient technology becomes a trending topic, the job market will flourish with new opportunities.

The best example of this would be jobs that no human being would like to do. Tending to gas stations, fast food restaurants, cleaning the floors or even delivering mail are only some examples. Automation of these tasks can only be beneficial to us as a species and a healthy society – why would a single mom be condemned to cleaning the stalls if she could do something related to the new robot technology?

This is only a fraction of the jobs that could be done by robots that are programmed to do them meticulously and without any questions while a human being would feel degraded and frustrated at their predicament.New colleges, courses, companies and job placements will open their doors to new candidates looking for a way to contribute.

For every job placement that becomes taken by a robot, two more will pop their heads in regards to robot maintenance and distribution, allowing people to rethink their careers and join the new technological revolution. Learning how to coexist with machines will soon become a thing of the norm because our children and their children will think of them as completely normal occurrences. It’s up to us to pioneer that change and embrace new technology by knowing as much as we can about it as it develops.

The fact of the matter is that no one is completely sure what tomorrow may bring. While we are far away from sentient robots that can coexist with us on a daily basis, developments have been made that bring us closer to that reality. The only thing we can do is prepare as best as possible for the coming change and embrace its fullest potential.