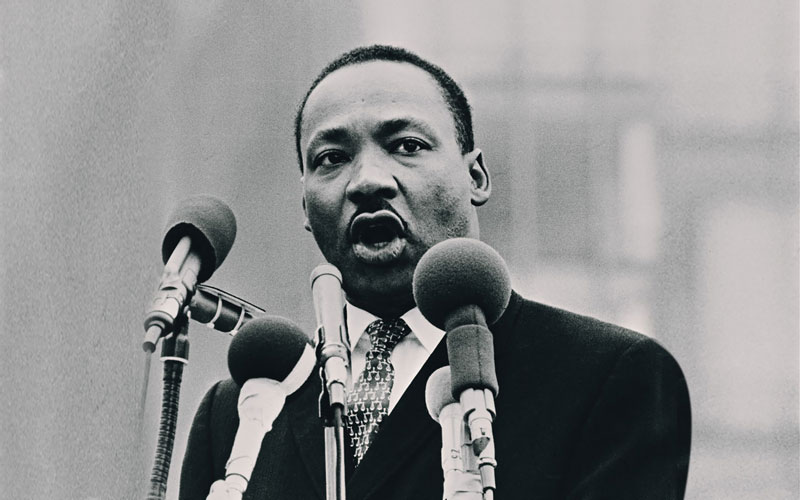 Faith is taking the first step even when you don’t see the whole staircase.

Our lives begin to end the day we become silent about things that matter.

Life’s most persistent and urgent question is, What are you doing for others?

Injustice anywhere is a threat to justice everywhere. 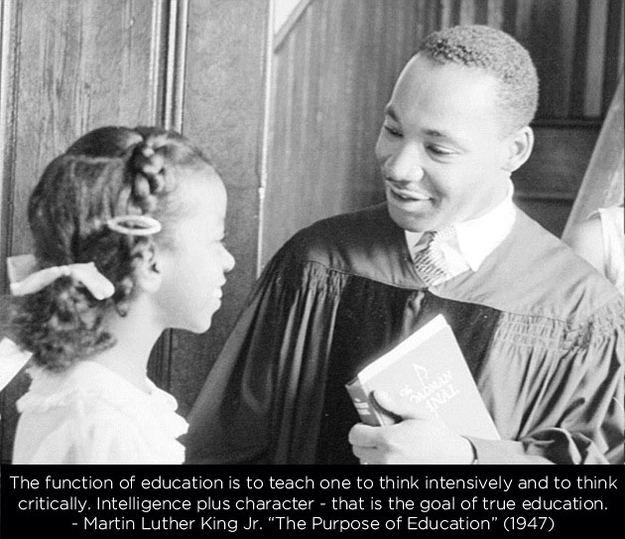 I have decided to stick with love. Hate is too great a burden to bear.

In the end, we will remember not the words of our enemies, but the silence of our friends.

Love is the only force capable of transforming an enemy into friend. 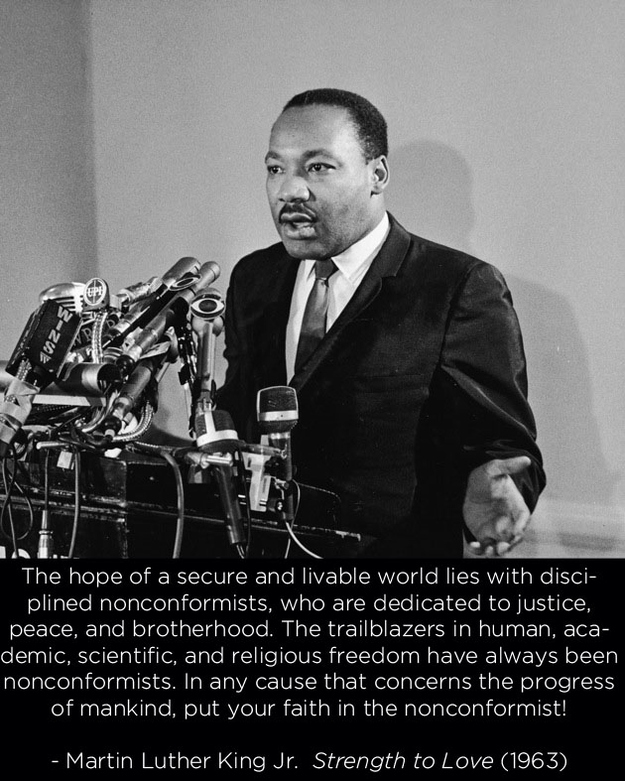 Wisdom born of experience should tell us that war is obsolete. There may have been a time when war served as a negative good by preventing the spread and growth of an evil force… If we assume that life is worth living, if we assume that mankind has the right to survive, then we must find an alternative to war.

Our scientific power has outrun our spiritual power. We have guided missiles and misguided men.

Nothing in all the world is more dangerous than sincere ignorance and conscientious stupidity. 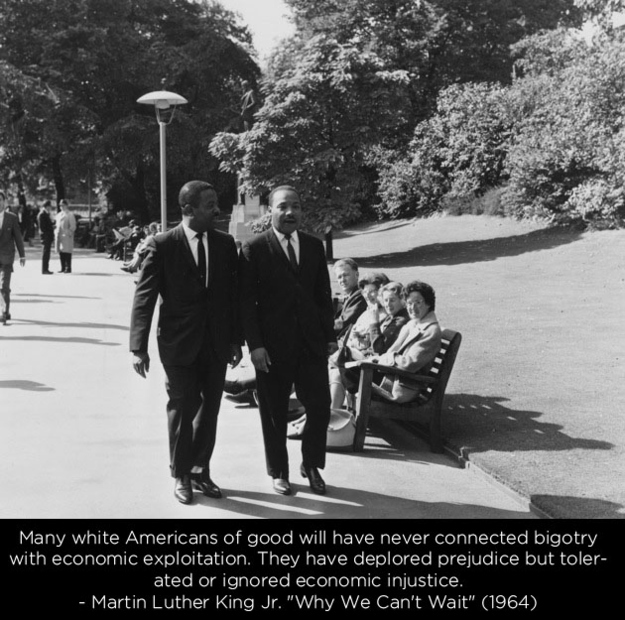 I submit to you that if a man hasn’t discovered something he will die for, he isn’t fit to live.

Now, I say to you today my friends, even though we face the difficulties of today and tomorrow, I still have a dream. It is a dream deeply rooted in the American dream. I have a dream that one day this nation will rise up and live out the true meaning of its creed: – ‘We hold these truths to be self-evident, that all men are created equal.’

The church was not merely a thermometer that recorded the ideas and principles of popular opinion; it was a thermostat that transformed the mores of society.

All progress is precarious, and the solution of one problem brings us face to face with another problem.

The good neighbor looks beyond the external accidents and discerns those inner qualities that make all men human and, therefore, brothers. 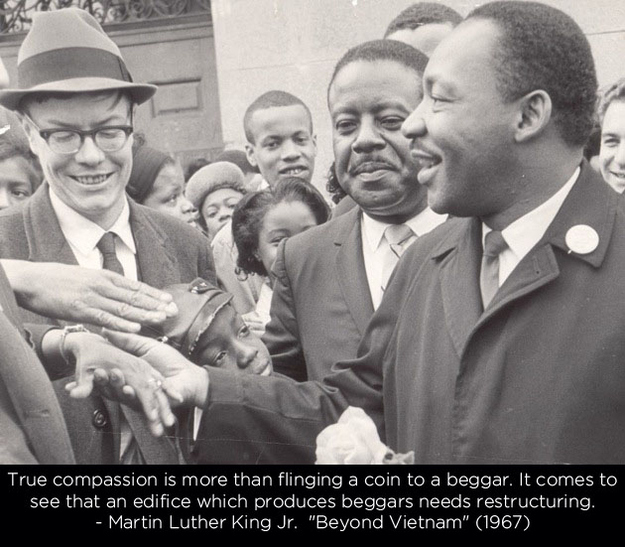 If You Don’t Know…

Martin Luther King Jr. was a Baptist minister and social activist, who led the Civil Rights Movement in the United States from the mid-1950s until his death by assassination in 1968. Inspired by advocates of nonviolence such as Mahatma Gandhi, King sought equality for African Americans, the economically disadvantaged and victims of injustice through peaceful protest. He was the driving force behind watershed events such as the Montgomery Bus Boycott and the March on Washington, which helped bring about such landmark legislation as the Civil Rights Act of 1964 and the Voting Rights Act of 1965. King was awarded the Nobel Peace Prize in 1964 and is remembered each year on Martin Luther King Jr. Day, a U.S. federal holiday since 1986.

Hi, I'm Atul Kumar Pandey; also known as AtulHost on the web. A blogger by passion and profession with the objective of sharing fresh and real contents in the business and technical topics; from contents to useful resources it's all here.