There is no secret that mobile’s batteries are less reliable than one would expect them to be. Of all the things you can possibly think of, the battery of a mobile can really ditch you at the most urgent moments, making you realise that technology did not actually solve all of the problems. However, that’s not true. Technology has given solutions to problems that arise at the most unexpected of the moments. One such problem is of the battery life of your phone, and yes, it can be dealt with. 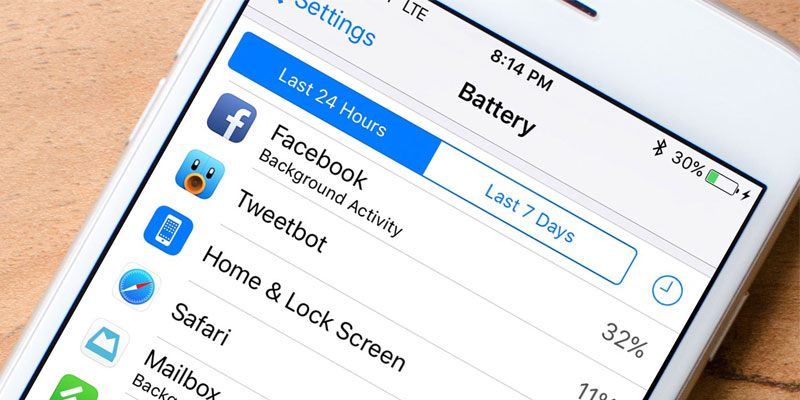 If you wish to stay updated, there are some small steps that you can take to enhance your mobile phone’s battery life. This article will enlist a few of them; implement them and see how the wonders work.

Charge Your Mobile while it is Switched off

A research says that the phone charges quickly and more efficiently when it is plugged-in to charge while it is switched off. When the phone is on and is charging, several apps keep running in the background along with the screen that eats up all the battery. Thus, it is always recommended to charge your phone when the power is off.

Use a Dark Coloured Background

If you’ll go to the battery usage of your phone, you’ll see that the maximum battery of your phone is consumed by your phone’s screen. The AMOLED screens and the LED displays are one of the major reasons that your phone’s battery drains out so quickly. However, applying dark coloured background wallpapers will reduce the illumination of the pixels, which will thus, lead to lesser consumption of battery.

Turn off the Auto Brightness Feature

No matter how promising it sounds, but auto-brightness keeps your phone brighter than you actually need. It’s a lot better to manually set low brightness in your phone rather than let the phone take care of it. This is one of the easiest and most effective ways to save your phone’s battery life and get rid of all the battery suckers.

Get Rid of the Vibration

You may not have given this a thought, but phone’s vibration takes up more power than ringing does. Unless it is actually necessary, turn off that extra awareness and run your phone’s battery longer.

Do Not Use a Fake Replaceable

Sometimes, just because they are more affordable, users decide to buy knockoff batteries that, though, look original, but eventually eat up your phone’s battery life. Saving a few bucks on a knockoff battery may be worthwhile for you in the short-run, but it will damage your smartphone in the long-run and will also decrease sub-standard battery performance.

Put to the Use the Screen Timeout Option

There are times when you leave your phone just around and do not pay heed to pressing the power button. Since the screen is actually working even then, this consumes a lot of power. This is why it is always advisable to set a particular time interval after which your phone’s screen will automatically timeout. Ensure that this time interval is kept to a minimum, possibly 15 seconds or lesser.

Do Not Leave Your Phone on Charging Overnight

You may think that this is a good idea, but keeping your phone on charging overnight is really a bad move. Gradually, this spoils your battery and eventually leads to the need of a replacement. Sure, an overnight charging will render you a 100% battery in the morning, but as quickly as it charges, the battery drains even after. For this, you can make use of the apps like EcoCharger that continuously buzz notifications on the 100% charging, and the alarm won’t stop until you plug-out the charger.