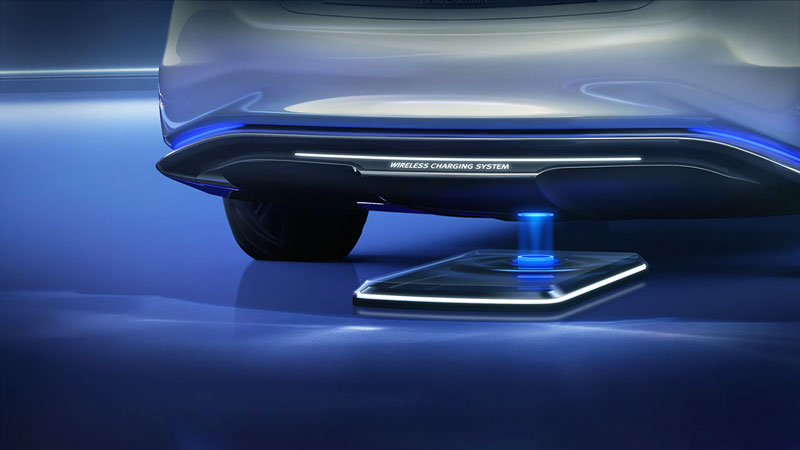 Wireless technology is always welcomed as they are advantageous than unwieldy, wiry networks. You have a lot of options as the facility of wireless charging for mobile phones is implemented. If your mobile phone is running out of battery and you are in emergency to call someone, you can recharge your phone by packet energy without a need to search for plugging with this wireless charger. Qi is regarded as the wireless technology which can be used to recharge all kinds of devices without having to use messy wires and to buy any individual charging station. This is accomplished by the vision and hard work of Wireless Power Consortium. So, there is no doubt that 2015 is the year of new wireless charging technology.

What is Qi Charging?

The new charging technology makes use of power of induction for charging your device instead of direct electrical flow. As a matter of the fact, this technology has been developed over time for those exhausting pacesetters. The device within the chest is powered and handled wirelessly by the equivalent part outside the chest. Qi charging is quick and much easier to do. All you need is a Qi-enabled device and a charging mat to make the power start flowing instantly. You will enjoy the same result as you plug the device into the wall. Your device will be automatically recognizing the power source and begins accepting the instant flow of energy that charges the batteries. This will happen at the speed of 5W which is used to charge the domestic portable devices such as music players, tablets, laptops, Bluetooth earpieces and mobile phones. However, the chargers in the medium power category can even deliver energy up to 120 watts.

Qi wireless charging standard is an application to transfer electrical power over distances around 40 millimeters. It makes use of a power transmission pad which is akin to the charger. It is used in a typical wired system and a well-matched wireless power receiver which is located in the device that has to be charged. The transfer of electrical power will take place through magnetic induction. By this way, the wireless power charging is conventional to the standard and allows Qi wireless charger to be used for charging any Qi compatible device. However, most of the wireless charging system is available in this standard which means that simply one charger paid is enough to charge different devices.

Qi base station is the device which provides inductive power for wireless transmission. It includes a power transmitter in which the transmitting coil is the major element. Overall, Qi charger has a flat surface and normally represented as interface surface. You can place mobile or any other device on this surface to start charging.

Qi mobile devices have the ability to consume wirelessly transmitted power which is typically used to charge the battery present within the mobile device.

How to Maintain Higher Efficiency?

In order to keep the efficiency as elevated as possible, it is quite necessary to ensure that the coupling between the receive coils and transmit is very high. To accomplish this, you must place the mobile device in a position where it can be attained.  Qi standard reveals out two ways to achieve this:

In the process, the initial detection will occur as a consequence of detection of change in the resonance or capacitance of the transmitter coil. If the object has been detected, the base station will be validating the device placed on it to ensure Qi charging compatibility. Base station will send eight bit data string. The mobile device which receives it should respond and give the signal strength. Then the base station will be sending multitude digital pings to offer information regarding the best positioning of the mobile device. Only if the device is validated and the information is pass, charging will commence. At the time of Qi charging protocol, the mobile device will send control data packets for adjusting the power level and finally terminating the charging.

One of the major issues that could arise with wireless charging system is that if a metallic object is place near or on the Qi charger, the charger will induce current to flow in the object. However, this is based on its placement and magnetic coupling. The consequence is that the object becomes exceedingly hot and is dangerous, especially in the domestic environments. In order to prevent this happening, the base station of Qi charger is designed to sense the presence of foreign objects and end the charging action to ensure that proper Qi enabled mobile devices are coupled to magnetic induction field and obtain energy. In order to gratify the latest requirements, the Qi standard has been updated to embrace new areas and to enhance others.

Benefit From This Technology:

People who have Qi enabled devices can take advantage of this technology which has been developed for them. All you need is make sure that your work place or home has a Qi charging mat to charge your device. If you make use of Qi charging, you will be ahead of others by knowing the working of this technology. Folks who do not have knowledge about this technology will turn towards you to understand how this magic happens while charging their device.

WPC and Qi standards keep on developing things until we are able to make use of this technology for running every device that we use daily. Many people have got excited about this technology and if you are one among them, you need not wait for a longer time to take pleasure in out of Qi wireless charging advancement. While many companies have been working on the development of this charging, it is sure that Qi charging becomes standard in everyone’s life. The limitless resources make it possible for these organizations to integrate this technology in various fields very quickly.