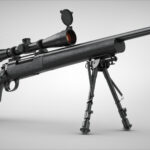 In PUBG (PlayerUnknown’s BattleGrounds) Kar98 and M24 both are the most popular sniper rifles which have the highest damage after AWM the most powerful sniper. Thinking of any serious advantage of choosing one over another, I’d say always prefer M24 or use Kar98 unless you find M24. Both the snipers are capable of penetrating level 2 helmet from any distance, but M24 can penetrate level 3 helmet if the target is under 300 meters, that’s why M24 is a better sniper rifle in PUBG. Bullet travel of M24 is slightly higher than Kar98. Similarly, the initial bullet fall velocity of M24 is lower than Kar98 while the firing […]

How to Avoid Hackers in PUBG? 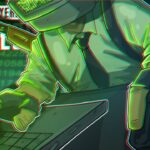 PUBG is one of the most played multiplayer game and it is available on PC as well as Mobile. No matter how strong is PUBG’s team to ban the cheaters and hackers, they are easily spotted. In this article, we will see some of the ways to avoid hackers in PUBG. There is an anti-cheat engine in PUBG and PUBG Mobile, but hackers try different strategies to bypass the engines. So better follow some serious tips to avoid them. 1: Switch from TPP to FPP Since TPP (Third-Person Perspective) is played by almost everyone, there are almost no hackers in FPP (First-Person Perspective) mode. Since this is the […]

How to Change the Name in PUBG Mobile? 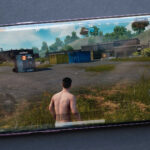 PUBG Mobile is the only game which hit the Mobile market so hard that even kids know about the game and they are damn crazy about it. But we all start with a weird game name that we want to change later. Don’t laugh, because my first name was in PUBG Mobile was. When the PUBG Mobile was released there was no option of changing the name. Fortunately, they added this option with rename card. If you have played this game for a while or got some levels up then chances are high that you’ll have at least one in your inventory. If not, then you need to […]

How to Get Weapon Master in PUBG Mobile? 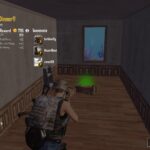 While finishing every match of PUBG Mobile at the end you’re honored with the one or more Medal/s (Title/s) at the end of the match session, what are they, ever thought? Here we have listed the meaning of all PUBG Mobile medals. PUBG Mobile’s Medal List and Meaning Armour Expert: Possessing level 3 armor, backpack, and vest. Berserker: Doing damage over 800 with 3+ kills and survival time over 20+ min. Bling Bling: Unknown (?) Cannon Fodder: Player regarded merely as material to be expended in the match. Chicken Master: (Derived from winner-winner chicken-dinner) Getting rank 1 with 5+ kills. Couch Potato: Dying early in the game with […]