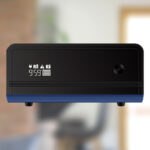 How Much Energy is Lost When Charging an Inverter Battery? 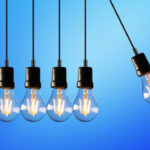 Batteries are the common backup solution for us, from our mobile to home inverters we do use batteries for backups. Mobile is a small thing to care about, but we do care about home inverters and connected batteries because they power our home during power outages. So, how much energy is lost when charging an inverter battery? Home inverters and inverter batteries aren’t the 100% efficient source for holding energy, on paper they are only ~60% efficient under any given situation. Rest is lost due to AC-DC conversion and other factors like battery type and its water level, temperature, charging speed and time, etc. 30 to 40% of […]

Inverter, Power Inverter, or Uninterrupted Power Supply (UPS) is an electronic device that stores electricity in batteries to use it later when there is an outage. Inverters are useful when you live in a location with most power cuts and needed a 24×7 electricity supply. If your monthly bills are making you worried then be clear here that it is common because you’re using the more electricity with inverters. Let’s understand this scene through real-life examples. Case #1 Assume you are getting around 20 hours of electricity from the grid supply. The total downtime will be 4 hours. In this case, your inverter will be backing up your […]

Can Inverters Save Electricity?

An Inverter or in other words a UPS (Uninterrupted Power Supply) is a power backup solution when there is an electricity outage. Inverters are useful when you live in the area where power outages are common and you need a 24×7 power supply for your appliances. Although we have a 24×7 power backup, still, it is common to get a thought that could inverters save on the monthly electricity bill? TL;DR… Inverters are not made to save electricity, but to offer uninterrupted power supply during an outage. The main job of an inverter is to charge the battery bank when there is grid electricity available and discharge battery […]

What is No Load Shutdown in Inverter-UPS? 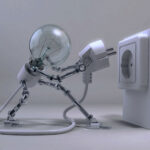 If any Inverter/UPS (both are same things) auto cuts the electric power supply when there is no load for a certain period of time is called a no-load shutdown. It’s only possible when the Inverter/UPS is on the battery mode or using power-saving mode. This feature is useful in many cases but could be annoying sometimes. When it is useful? It is useful when I’m going out and not going to turn on any load, still, I want to charge my Inverter/UPS using either grid or solar panels. When it is not useful? No-load shutdown becomes annoying when you need a 24×7 electric power supply even when there […] 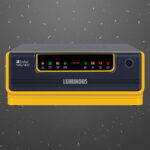 Luminous NXG 1400 is the biggest solar inverter UPS which is capable of running the majority of the home appliances using solar power or using mains line. The biggest advantage of this inverter is it gives more priority to solar energy than mains energy. If you are planning to make your own self managed on-grid solar system or complete off-grid solar setup, Luminous Solar NXG 1400 Inverter UPS is an ideal solution for you. Let’s see some of its technical details. Rated AC Power: 1100 VA, which means you can achieve a maximum of 800 Watts load. Maximum supported solar panel power: 1000 Watts (12V), suggested up to […]