Microsoft is working hard to bring back its old charm. Since the introduction of Windows 8, Microsoft has been criticized for making sudden and unexpected changes. Microsoft has lost a major portion of its market share since then. The company has tried to patch the situation up with Windows 8.1 in 2013 and Windows 10 in 2015. Windows 10 seems to be a major release for Microsoft and has many new features which well be talking about below. 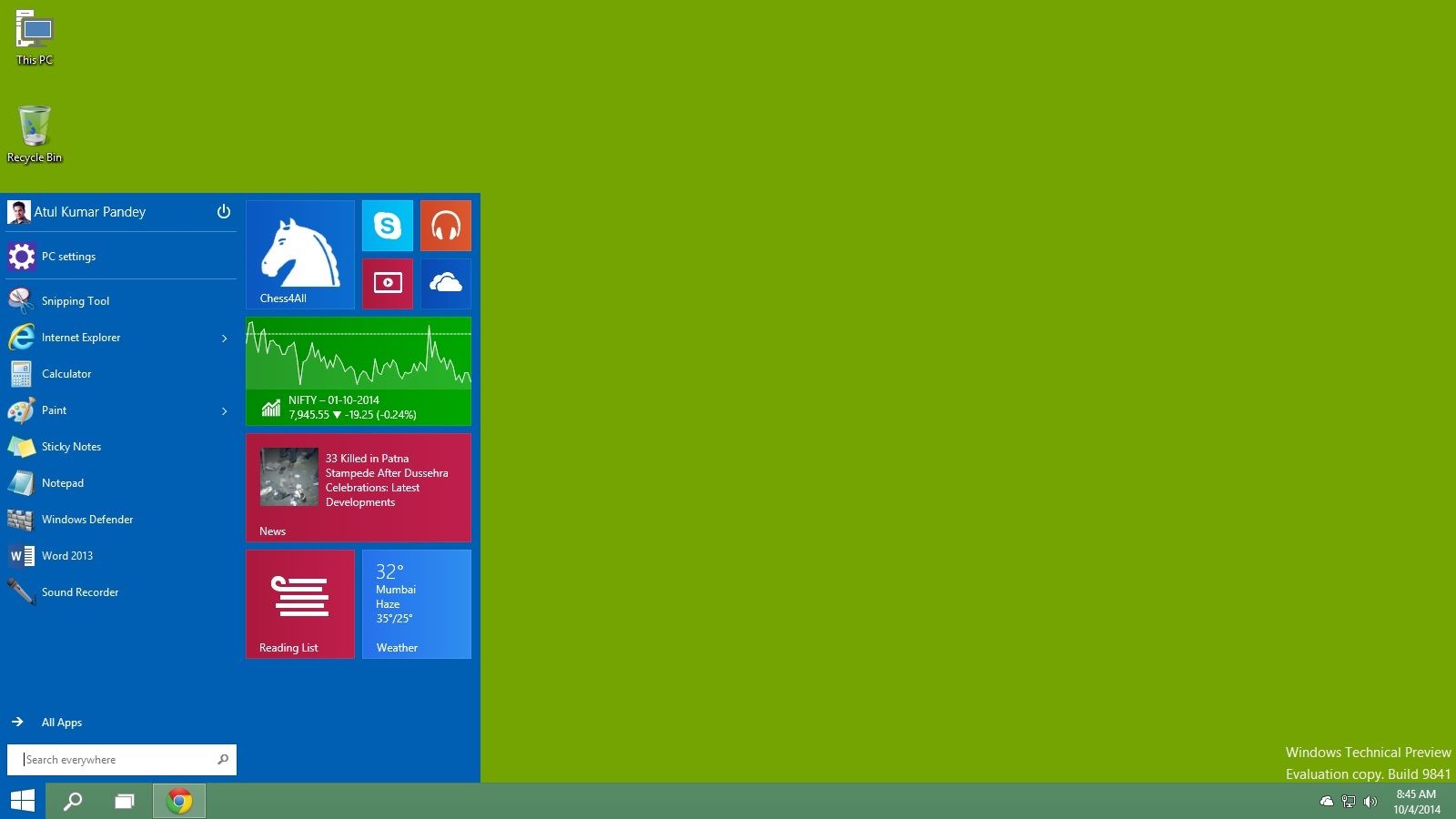 The first and the foremost feature that has been the buzz of the town is that Windows 10 will be a free upgrade. Yes, you read it right! Microsoft has decided to offer Windows 10 free of cost to the current users of Windows 7, 8 and 8.1. Microsoft has tried to cater to a larger number of customers with the inclusion of several years old windows 7. But here is a catch; the upgrade will be available only for one year from the date of release of Windows 10. One year is a reasonable time to upgrade your system. After the free period, one will have to pay to upgrade to Windows 10, but the pricing is still unknown.

After a long wait, the start menu has returned with its full glory. It is now much more usable than it was in Windows 7. The start menu now has bigger, bolder and better graphics. It can now be opened up in full-screen unlike seen in Windows 8.1. The new start menu is vertically divided into two columns. The left column is the same old one seen in the Windows 7 and shows most used and recently installed apps. And the right column shows the tiled menu that you can easily customize. There is also a search bar which can search on the internet too, besides programs and files.

Cortana is voice-based search tool which was earlier showcased for Windows Phone OS. The search bar sits on the taskbar just beside the start button. You can ask Cortana to open apps, send emails, search for files and folders and much more things like these. This will make the literal conversation and interaction with you PC possible and much easier. To wake her up you just need to say ‘Hey Cortana’ and the digital assistant will be up for your assistance.

Despite several updates, Internet Explorer has been criticized a lot. Microsoft definitely noticed it and came up with a new project named Spartan. The new browser will be very light-weight and will not lag as it was the case with IE. The browser will be much more modern and intelligent with a lot of new additions made to it. The browser will have built-in note making support and Cortana for better search results. The former will let you scribble and write directly on the webpage and share on social media directly. It will also feature a reading mode that will adjust the page’s layout to fit perfectly in the screen.

The time has gone when developers had to make several versions of their app to work on different devices. Microsoft has made it easier for both developers and consumers by making apps universal for all the platforms. The same app will work on your desktop, laptop, tablet, and smartphone; the apps will adjust themselves to fit in according to the device. Microsoft’s own apps including Photos, Music, Videos, Maps, etc. will be the first to use this feature. With the help of OneDrive, Microsoft tries to gain similar functionality as seen in Apple’s continuity.

The Charms menu which slides in from the right on Windows 8 has now been replaced with a new Action Center. It works the same way as notification bar works in smartphones. It will collect the latest updates from all the apps and show it together in one place. The notification will be interactive; you will be able to respond to the messages and emails directly from the Action Center. This feature heavily depends on the respective apps. The Center will also show all the connectivity options and you can control them right in the Action Center.

Windows 10 has been a great update for both Microsoft and the consumers. The features seem very good on paper but their real-world performance and usability can be analyzed only when the OS is made available fully.

Published in Science and Technology